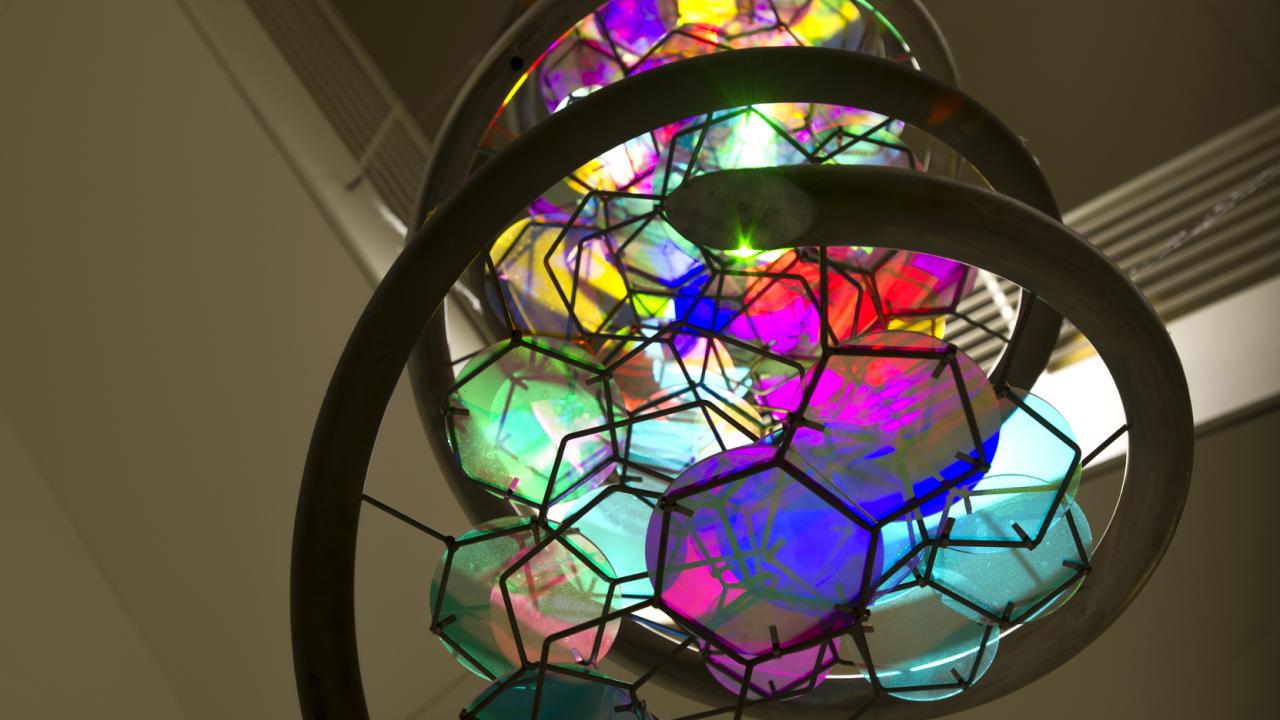 In an ideal world, perhaps, all commencement speeches would be celebratory, inspiring, and funny—or perhaps just funny. But the world being what it is, many of us who have the honor of speaking at one of these ceremonies feel compelled to use this special opportunity to say something celebratory, inspiring, and also rather serious. This is how I mean to use my few minutes.

I want to speak to you a little on the topic of “Ecology and Ecosystem.”

Now, this topic is something of a staple in commencement ceremonies, and I would be proud to follow in the footsteps of other distinguished speakers and use my time to make an argument for saving the oceans or the rain forests, or for curbing human activities that are harming natural habitats. But that isn’t what I have in mind. I want to consider the ideas of “ecology” and “ecosystem” as they apply not to the natural world, but rather to our social one. This is because, while it’s fair enough to imagine your life as one of individual achievement against a backdrop of society—like a climber against the backdrop of El Capitan—it’s even more important to see it as one of participating in that society.

When I began to think about what I wanted to say on this topic, one of my early thoughts was that you—and all of the UC Davis Class of 2015—were like a wonderful new species that the university is about to introduce into the world. This quickly made me think of what I know about past attempts to introduce new species into the world. Being at best an amateur in ecological science, my thoughts turned to the 1990s movie Jurassic Park.

If I did mean to liken you to dinosaurs—which I didn’t—I might have remarked that you seem most like the Troodon, which the Internet authoritatively calls “the poster lizard for dinosaur intelligence.”

But I digress. No thoughts like those ever crossed my mind.

On the other hand . . . it’s difficult to ignore the rich tradition of cautionary stories about the disastrous, unforeseen consequences of releasing a new species into the world. I think of King Kong climbing not El Capitan, but the Empire State Building, and causing all sorts of mayhem. Even more, I think of Frankenstein’s monster. Like the Class of 2015, Frankenstein’s monster was created with the highest hopes of benefiting humanity. He was an 18th-century bioengineering project designed to show how people might be saved from death.

I’ve been circling around the claim that society, and your relationship to it, should be viewed through the ideas of “ecology” and “ecosystem.” What do I mean by that?

We typically use those terms when we talk about the natural world and want to emphasize, so to speak, the forest over the trees. They denote a natural state characterized by such qualities as diversity, balance, coordination, sustainability, harmony, and even equal value of constituent parts. So it makes sense that, occasionally, we sometimes use the words “ecology” and “ecosystem” also to talk about a social state that has those qualities.

Applying these terms to the present occasion, your university has high hopes that you, our newest graduates, will go on to enhance the social ecosystem rather than harm it.

But how realistic are these high hopes? It’s a simple fact that, if you value and attempt to support the larger ecosystem, you are, in some respects, out of synch with our age. Today we seem more excited by individual success and reward, and infatuated by that archenemy of ecology, “disruption.” “Disruption,” as you know, is the act of exploding an existing industry, profession, or social structure by setting loose in the world some innovative practice or technology. At bottom, the idea of disruption is to implement some better way to perform a specific activity—like shopping, or providing temporary lodging, or having friendships—and not worry too much about collateral damage.

To be sure, sometimes an industry or facet of social organization deserves exploding, and in those cases we judge the resulting benefits to outweigh the costs. But one of the interesting things about our age is that, quite often, it isn’t at all clear if the social entities that are being exploded are in such bad shape or beyond saving. What is clear, rather, is that a relatively small group of individuals is very excited about a new practice or technology and works hard for its implementation.

If things go according to the most-optimistic predictions—which are the ones that the public tends to hear—the costs of disruption will be worth the benefit, narrowly felt, and temporary. But as things seem increasingly to be playing out, the costs in many cases appear to be severe, enduring, and far-reaching. Think: wealth inequality, job insecurity, exploitative working conditions, and, according to some, adverse effects on mental functioning and personal relationships.

I have ventured into some very complex issues, and I won’t pretend to know all of the answers about what we should and shouldn’t do. Smart, informed, and well-meaning people can reasonably disagree about many of the ideas I’ve touched upon. What I will do, however, is say that I believe it is crucial that we, as a society, become much more serious about looking at the larger social costs and benefits of how we have been reshaping industries and other social entities. While we may sometimes imagine society to be a natural entity guided by natural wisdom, it is in reality a human construct guided by humans.

So the thing to keep in mind is: If we, the public, do not take an active role in shaping society for the public good, others will shape it for us. If others shape it for us, there’s a strong chance that the public good—which includes a commitment to a richly diverse and humane social ecology—won’t be their prime concern.

Let me now bend my remarks to a subject very relevant to this occasion: higher education.

As many of you know, the so-called traditional university (and here I am also referring to the four-year liberal arts college) is seen by an increasing number of people as obsolete and ineffective, and therefore in need of exploding. Universities, they argue, need to focus more on preparing students for a career, and they need to operate like efficient, self-supporting businesses. The innovations that are being leveraged to attempt this disruption include online education and other sorts of educational high technology.

This is another complex issue that I cannot do justice to now—and we must all acknowledge the immense potential for good in technology and innovation. But any responsible approach must factor in the ideas of ecology and ecosystem. Universities have always provided education useful for a career, but for most of their history they have done much more. Each one has been a little social ecosystem unto itself, embracing a rich diversity of disciplines, points of view, and individuals, as well as both educational and research programs.

In turn, and by deliberate design, universities have sought to replicate something of this rich ecosystem in their graduates. In order to accomplish this, they have emphasized the disinterested pursuit of a balanced education over the narrow and utilitarian pursuit of training for a specific career. They have also seen the great benefit of a student’s face-to-face interaction with professors and fellow students.

Why have universities sought to recreate their own ecosystem within their graduates? For the simple reason that they have been preparing their graduates to fully participate in the larger ecosystem that we call society. Their great traditional purpose has been to turn students into well-rounded, critically thinking, and generally capable individuals, the sort who could succeed brilliantly in an intellectually demanding career, but also be good citizens, valued members of communities, beloved family members, and fully human people.

We can certainly explode the so-called traditional university in the hope of constructing something better on the rubble. Or we could eliminate or drastically scale back certain major parts of what we do—like research, or most of our curricula in the arts, humanities, and social sciences. In the words of Florida governor Rick Scott, “Is it a vital interest of the state to have more anthropologists?”

But here’s the point I want to make. The thing about a given ecosystem, social or natural, is that it is a finely balanced and interdependent entity, and also an integral part of an even larger ecosystem that contains it. Thus, we explode it, or yank out a piece here and there, at our peril. If we sacrifice the rich and balanced ecosystem of our universities, we may also be seriously limiting our ability to support a rich and balanced and humane society—the kind in which we all wish to live.

This ends my “serious” commencement message, which I thank you for allowing into this festive ceremony. I hope it proves of some use to you, our next generation of decision makers, in the months and years ahead.

Let me now strike a more upbeat note and give the new species represented here—the UC Davis Class of 2015—a proper sendoff. Please go out and climb mountains and change the world. At the same time, be sure to have fun and surround yourself with people and things that make you happy. There is no one right path—find the one that’s right for you. But whatever path you choose, please also do what you can to promote the health of our social ecosystem. Dr. Frankenstein’s experience notwithstanding, I am confident that you will go on to make great contributions, and continue to make UC Davis very proud.

Again, congratulations and best wishes to the Class of 2015!