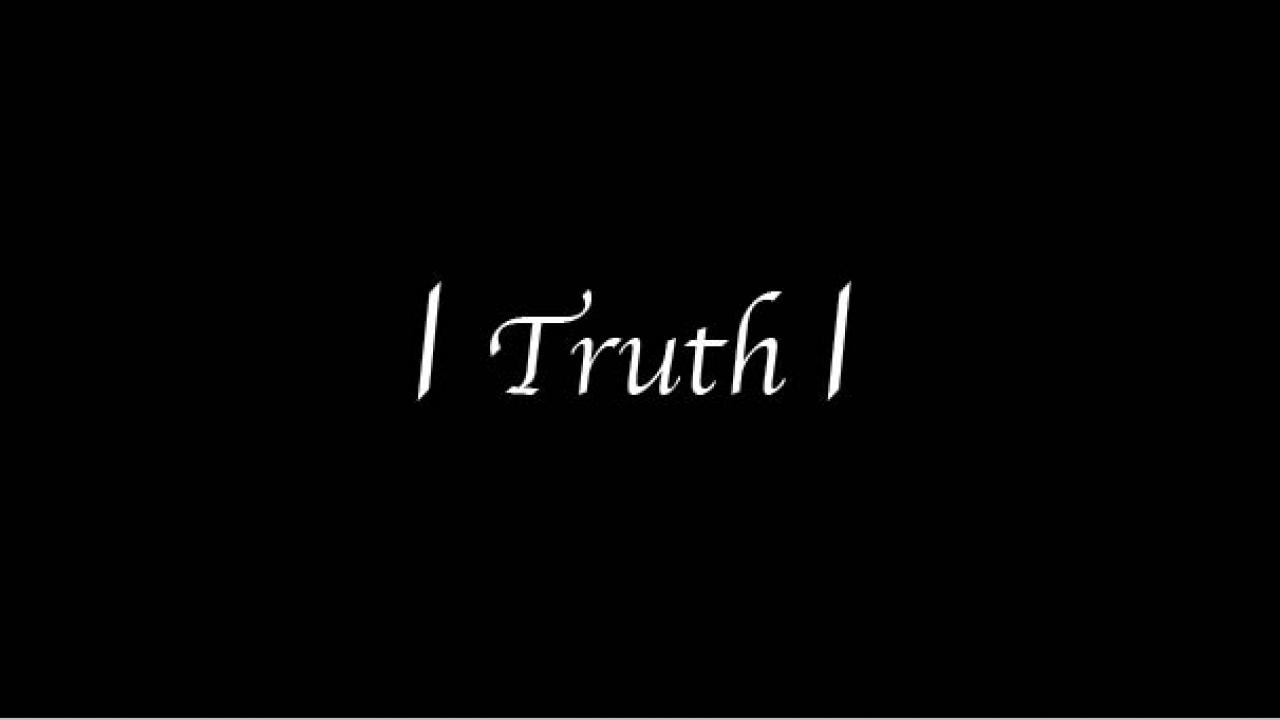 I’ve been asked to speak today on a topic of importance. So, I’ve decided to speak about “Truth.”

In case some of you are puzzled by my focusing on truth for a commencement ceremony, let me cite a precedent. In Shakespeare’s Hamlet, Polonius gives numerous pieces of advice to his son, Laertes, on how to behave while he is away at university. He ends with the direction:

“This above all: to thine own self be true,
And it must follow, as the night the day,
Thou canst not then be false to any man.”

The fact that these words have long been quoted with reverence doesn’t change the fact that Polonius is a parent with control issues who seems always to think he knows best. In other words, he is the opposite of all of the extraordinary parents in our audience today. More to the point, Polonius is nothing like your Interim Chancellor, though, unfortunately, you may note some superficial similarities.

But in a more serious vein, why is “Truth” so important and timely a topic that it’s worth delaying, even for a few minutes, the awarding of your degrees?

For one thing, you are graduating from an institution dedicated to the discovery and dissemination of truth. This is why our motto proclaims, “Fiat Lux,” or “Let There Be Light.” Now that you have reached the top of the mountain, it seems like a good time to reflect on your university’s core mission, and how it relates to your future.

An equally important reason for my topic is that discussion of the idea of “truth” is now—to use the language of Laertes’ classmates—viral. Stephen Colbert taught us the difference between truth and “truthiness”; the Oxford Dictionaries International word of the year in 2016 was “post-truth,” and the phenomena of “fake news” and “alternative facts” seem to be everywhere.

To be sure, truth has always been elusive and abused, presumably for as long as there have been people. But something seems different today. Many believe we are in the midst of what might be called a “truth crisis.” This last March, the cover of Time magazine posed the post-Nietzschean question: “Is Truth Dead?”

Most of us believe in the goodness of truth and of those who tell the truth, and we’d rather be around both than their opposites. Thus, we still speak admiringly of the six-year-old George Washington courageously admitting to his father that he was the one who damaged one of their cherry trees. “I cannot tell a lie,” our young future-president supposedly declared, “I did cut it with my hatchet.” Unfortunately, the story is fictitious, but not to worry. If anything, its falsity bolsters my point by showing how a society, ours in this case, can value truth so highly that it would enshrine a lie about it.

But there is something larger at stake in the “truth question” than what we admire and like. The very idea of human society is based on trust of others, and a big part of that trust is our belief that everyone will value and honor truth. If we can’t trust what others say, it is impossible for us to live together harmoniously or make wise choices about our future and our leaders. At the same time, if we can’t see the world around us as it truly is, we can’t successfully hunt wooly mammoths, cultivate rice, or invent smart phones.

So I come here today to talk about the idea of truth. My hope is that I can stir you to ponder some of its depths and even, perhaps, contribute to resolving the truth crisis that threatens so much of what we value.

Let me start in a philosophical-historical mode by distinguishing between two types of truth. The first is the true fact—the opposite of which is one of two types of falsehood, a mistake or a lie.

The second type of truth is truth in the singular: the truth, the one transcendent Truth. This truth is much grander, describing a totality, comprehending all. Think, for example, of the enlightenment of the Buddha, or of one of the many other religious visionaries celebrated throughout history.

Many have and still do deeply yearn to access the one Truth, but this is notoriously difficult to achieve. The powers we customarily use to determine true facts—that is, the everyday human powers of cognition, discernment, and reason—are in themselves inadequate here. Thus, many if not all cultures have recognized special and quite different avenues that, as they believed, offered access to the one Truth. There were, for example, ancient practices of “divination,” or the “reading” of natural signs. Such signs could be celestial or meteorological, or involve animals. For instance, the ancient Greeks and Romans interpreted the movements of birds, and they also examined very carefully the entrails of animals ritually sacrificed. There was an entire subspecialty at Rome of studying the spots on the livers of newly sacrificed animals.

One of the roots of our current “truth crisis” is that today we are used to seeking true facts—and perhaps also the one Truth—through the employment of empirical observation and reason. The most notable example is what we call “science,” an activity whose experiments validate the understandings we accept as true.

I do not mean to condemn our heavy use of facts and reason. Indeed, I come to praise it, not bury it. But I do wish to point to a few of its disadvantageous effects.

First, it doesn’t take much study to understand that even well-established empirically based truths are provisional—that is, to see that the sort of truth we value so much today is shifting before our eyes and under our feet. New tools of discernment—whether telescope, microscope, or CRISPR technology—modify or sometimes even reverse our old understandings. The unhappy result is that, observing this dynamic, some of us develop a distrust of empirical and rational truth in general; some even come to accept the idea that we are justified in believing anything we wish to believe. Certainly, a contributing factor is the confusion of transcendent truth with empirical and rational truth. For if empirical and rational truth is mistaken for infallible and unchanging Truth, the very advance of worldly knowledge can be seen as proof that that knowledge has no authority.

You, who have completed a course in one of the world’s great universities, have a mission to take up. As you go out into the world, please help others understand more deeply the differences between transcendent and empirical “truths” and the potential value of each in its own realm. Also, please reassure those you meet that the advance of empirical or scientific knowledge is something to be grateful for, not a reason to denounce either enterprise. And finally, show everyone by your example that the expertise of highly trained and well-informed professionals deserves their trust—provisionally.

I know that it is high time that I move towards a conclusion, so let me—following the example of Martin Luther nailing his theses on the door of Wittenberg Castle church—very briefly reiterate my handful of my key points.

First: Truth is often difficult to discern, is never seen in its entirety, and is always filtered through our imperfect understanding. But that doesn’t mean that there is no such thing as truth.

Second: It is fairly common, especially in an academic context, to hear someone say that everyone has her or his own equally valid truth; or that no one outside of a certain group has any access to the truth about that group. I urge you to approach both of these positions skeptically.

Third: Truth is rarely black and white. Rather, it is usually gray, and there is great value in determining exactly what shade of gray it is. I speak metaphorically, not in reference to the well-known novel trilogy and film adaptations.

Fourth: In seeking truth, we must assume responsibility for acquiring the relevant facts, engaging in the necessary critical thinking and discernment skills, and understanding all the biases and cultural assumptions that we bring to the table.

My goodness! Or as Shakespeare might say, Zounds! I am afraid that I have ended up resembling Polonius not only as a font of wisdom, but also as, at least a little, the rectitude-obsessed meddler that Shakespeare portrayed him to be. Perhaps I should put on my ghostly battle armor, lest I be run through by the rapier of a student of Wittenberg University, Hamlet’s alma mater. But no, this is UC Davis, where it is my pleasure to extend my warmest congratulations to the Class of 2017, and my best wishes for your future!

And that IS the truth, the whole truth, and nothing but the truth.