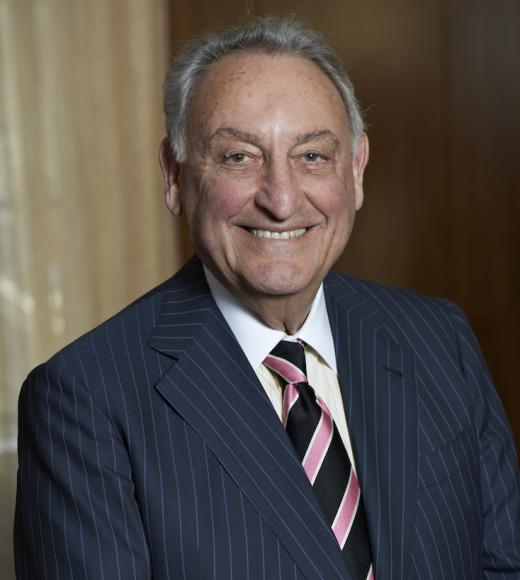 Sandy Weill is Chairman Emeritus of Citigroup and CEO of Casa Rosa Ventures.  In 2017, Sandy was named to the World’s 100 Greatest Living Business Minds by Forbes in celebration of their centennial.  In 2014, he was named to CNBC’s First 25, a definitive list of 25 people around the world who have had the greatest influence in business over the past quarter century. He is a former director of the Federal Reserve Bank of New York, and has served on numerous corporate boards, including Hamilton Insurance Group (Chairman), United Technologies, AT&T, E. I. Du Pont Nemours and Company, and Koc Holding in Turkey.  Sandy was the recipient of Financial World Magazine’s CEO of the Year Award in 1998 and received the same honor from Chief Executive Magazine in 2002.

In 2015, Sandy retired as Chairman of Weill Cornell Medicine after 20 years and is now Chairman Emeritus.  He also retired as Chairman of Carnegie Hall in 2015 after serving in this capacity for 24 years and assumed the role of President, joining his mentor the late violinist Isaac Stern, as only the second person to hold the title of President since Carnegie Hall was established as a non-profit in 1960.  Long a proponent of education, Mr. Weill instituted a joint program with the New York City Board of Education in 1980 that created the Academy of Finance, which trains high school students for careers in financial services.  He serves as Founder and Chairman of the National Academy Foundation (NAF), which oversees 104,261 students in 644 career-themed Academies of Finance, Hospitality and Tourism, Information Technology, Engineering and Health Sciences, in 36 states, as well as the District of Columbia.  Ninety-seven percent of NAF’s students graduate, with 90% having plans to pursue post-secondary education – often as the first in their families to attend college.  In addition, Sandy is Chairman of the Executive Council at University of California, San Francisco; Chairman of the Lang Lang International Music Foundation; and Honorary Chair of the Committee Encouraging Corporate Philanthropy (CECP).  In 2016, Sandy retired as Chairman of Weill Hall and the Green Music Center at Sonoma State University.

Sandy has received honorary degrees from Bank Street College of Education; Howard University; Hofstra University; the University of New Haven; Sonoma State University; and the Technion Israel Institute of Technology.  He is a member of the prestigious American Academy of Arts and Sciences and he and his wife of 63 years, Joan, are recipients of the 2009 Carnegie Medal of Philanthropy and 2017 Kennedy Center Award for the Human Spirit.