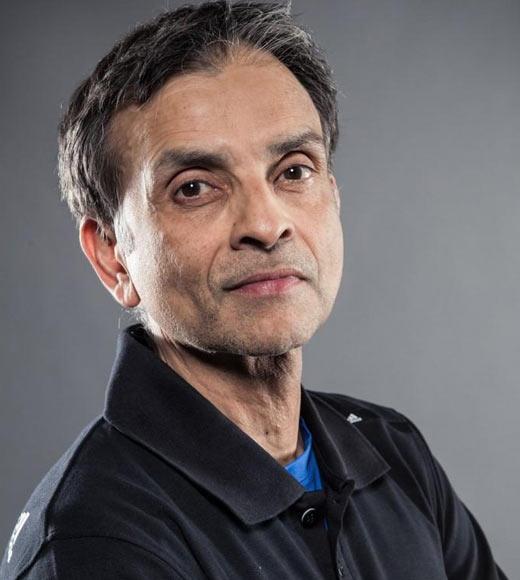 Vivek Ranadivé is an entrepreneur, tech visionary, author, philanthropist, and sports team owner recognized for his outside-the-box thinking. He has led the advancement and use of real-time technology in business operations and decision-making, earning him the nickname "Mr. Real Time" in technology circles. Mr. Ranadivé is dedicated to the vision that if you get the right information to the right place at the right time and in the right context, you can make the world a better place.

In 1986, Mr. Ranadivé founded Teknekron Software Systems, which focused on creating the stock trading floor of the future. Teknekron went on to automate Wall Street and that technology became the engine for most of the world's capital markets. In 1997, he founded TIBCO Software Inc. in Palo Alto, California with the mission of bringing real-time computing into the mainstream.

Today, TIBCO technology helps more than 4,000 customers thrive by powering everything from the web to airlines, financial services, utilities, communications providers, manufacturers and governments. As a global leader in infrastructure and business intelligence software, TIBCO helps its customers combine Fast Data with real-time information to provide immediate awareness and enable instant action. With revenue run rate of over one billion dollars, TIBCO is one of the fastest-growing software companies in its peer group.

Mr. Ranadivé has authored three books that are New York Times and global best sellers, both widely read in business and academia. His most recent book is titled “The Two-Second Advantage: How We Succeed by Anticipating the Future – Just Enough.” His previous book, “The Power to Predict,” explores how companies can break new ground in their quest to anticipate customers' needs, capture new opportunities, and predict and avoid problems. “The Power of Now” covers how winning companies sense and respond to change using real-time technology.

A native of Bombay, India, Mr. Ranadivé watched a documentary on MIT and was inspired at the age of 16 to leave India for Cambridge, Massachusetts, arriving with only $50 in his pocket. After earning both a Master's and Bachelor's Degree in Electrical Engineering from the Massachusetts Institute of Technology, he obtained an MBA at Harvard, where he was a Baker Scholar.

Mr. Ranadivé is a huge basketball fan, which started when he coached his daughter's middle school team. Mr. Ranadivé's coaching success was highlighted in a New Yorker magazine article by Malcolm Gladwell, as an example of innovators who win big by doing the unexpected and breaking the rules – the ultimate “David beats Goliath.” He started his foray into the professional side of basketball when he became the co-owner and vice chairman of the Golden State Warriors NBA franchise. In 2013, he became the first Indian majority owner of an NBA team when he purchased the Sacramento Kings. Mr. Ranadivé believes he will soon realize his dream of taking the sport of basketball to India and making it “the” global sport of the 21st century.