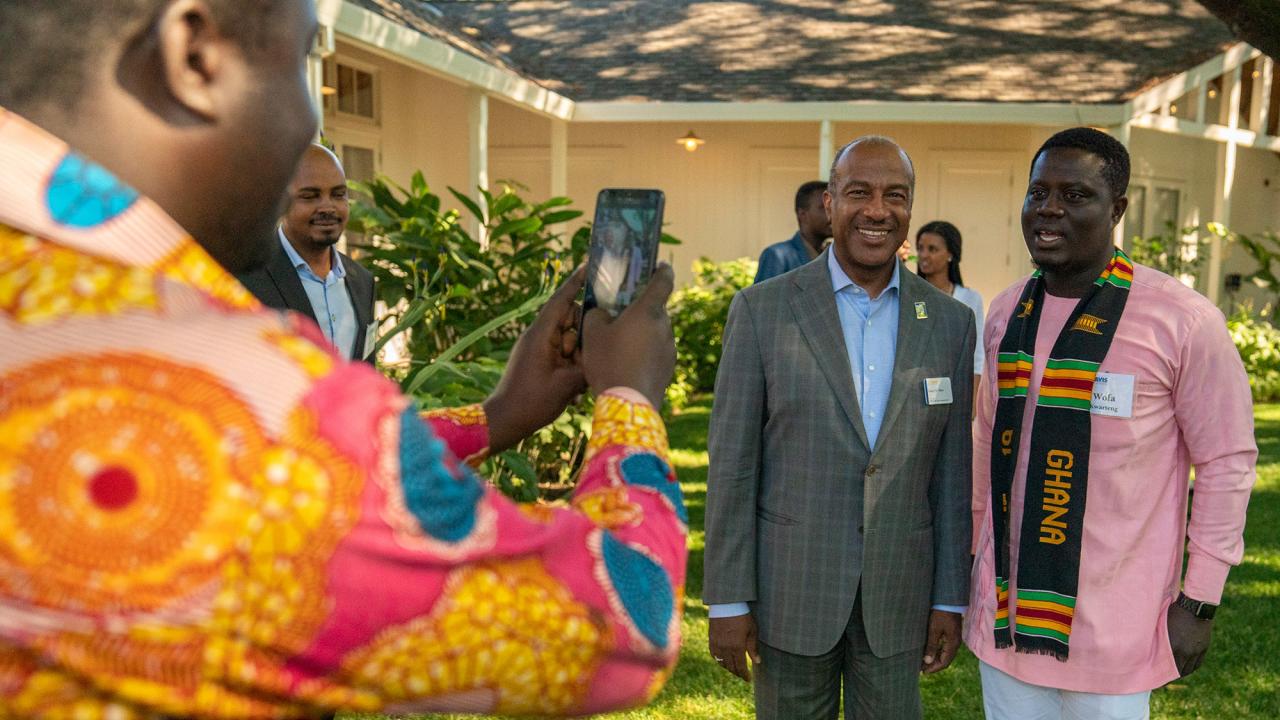 I still get chills when I think about a day in June of 1990. I was among more than 50,000 people who packed Georgia Tech’s Bobby Dodd Stadium, all of us eager to witness history. We gathered to hear Nelson Mandela, the South African leader in the fight against apartheid who later became the country’s first democratically elected president.

Just four months prior, Mandela had been released from 27 years of political imprisonment. The energy was electrifying, like a hero’s welcome, as he spoke about racial discrimination and referenced the words of Dr. Martin Luther King Jr.

Many of the people I admire are those who were willing to go the distance for the betterment of others. For 27 years, on Robben Island and Pollsmoor Prison in South Africa, Mandela paid a price for his principles.

It was Mandela’s example and struggle that informed much of my own student activism. I also knew that Mandela was a profound champion of education. He once said, “Education is the most powerful weapon which you can use to change the world.”

In my own experience, I was constantly aware of the lack of representation among African Americans in graduate schools, particularly in the STEM fields of science, technology, engineering and math.

I was driven to speak out and mobilize others. So, I helped form the Black Graduate Engineering and Science Students not long after I entered UC Berkeley. Our goal was to build community among Black STEM graduate students and build alliances across campus.

Now, I also think of that uplifting day in 1990 as UC Davis hosts its Mandela Washington Fellows this month. This is a group of 30 young leaders from sub-Saharan Africa who will further hone their skills and grow their global networks. As the name of the program implies, these Mandela Washington Fellows are brilliant, energetic and fearless scholars who are determined to shape a better tomorrow.

In today’s world, we need to build the widest range of connections to address global challenges. The Mandela Washington Fellows are determined to create a better tomorrow for all through their expertise and growing leadership in engineering, energy, sustainability and many other fields. I’m proud of UC Davis’ longstanding support of this program and the nearly 130 Mandela Washington Fellows we’ve hosted.

In a typical year, the cohort would spend six weeks in Davis to participate in workshops, leadership sessions and community service events as part of the program. We are hosting the Mandela Washington Fellows virtually this year through the end of July due to the pandemic, but we welcome them to our Davis community all the same.

So, Nelson Mandela will be on my mind all month. I also think of him as we continue to strive for harmony during these often tumultuous times. Progress sometimes moves at a glacial pace, but like Mandela, we must stay strong in the pursuit of freedom, equality and justice.

As we celebrate the nation’s independence, think of these words from Nelson Mandela: “For to be free is not merely to cast off one’s chains, but to live in a way that respects and enhances the freedom of others.”