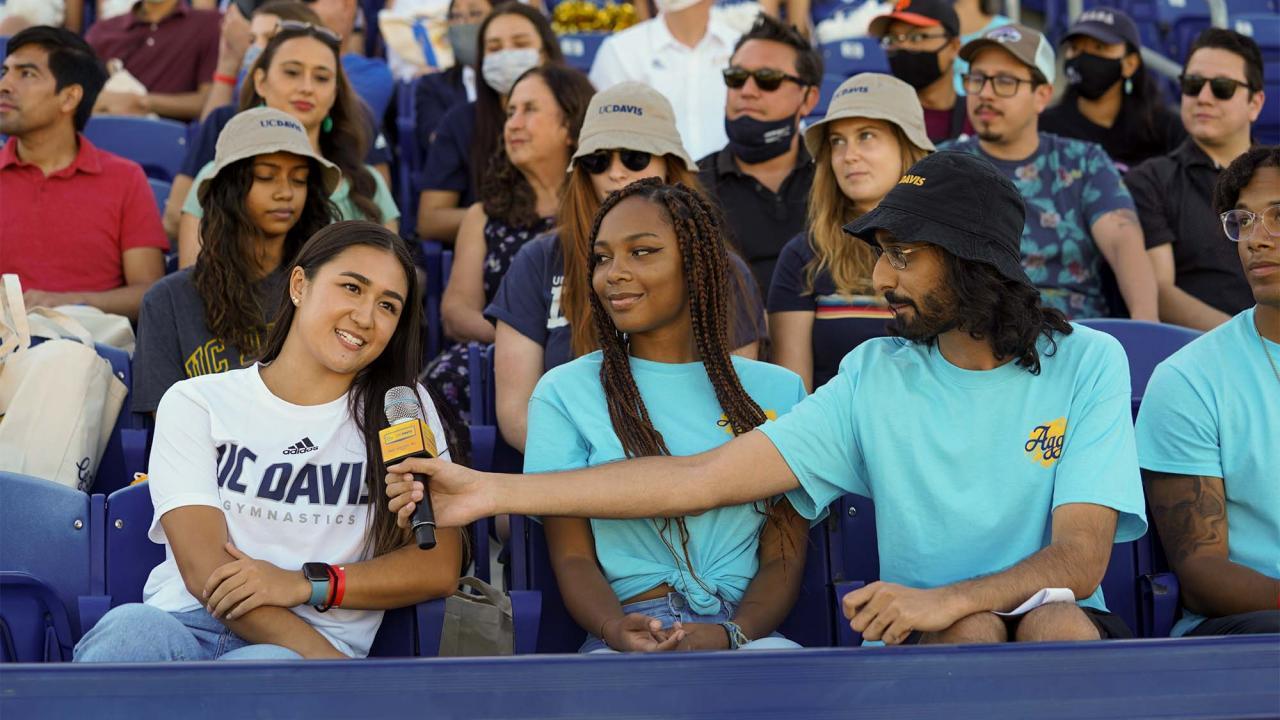 Now this is what I call some “must-see TV.”

UC Davis and the city of Davis take the starring roles in a new episode of The College Tour, which debuts Nov. 8 on multiple streaming platforms including Amazon Prime Video and Apple TV. Viewers get to experience the university through the lens of students. It’s an ideal way to encourage prospective students, their families, and others to look more closely at one of the best universities in the world. 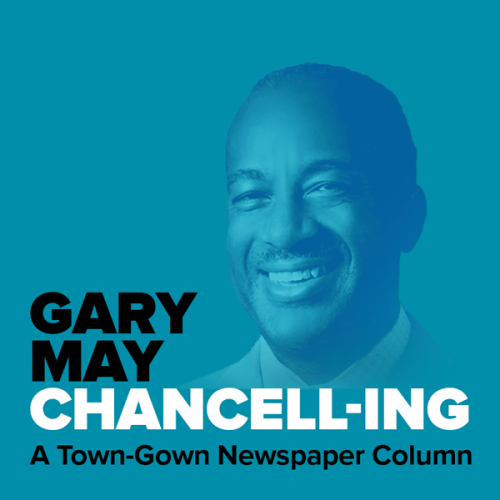 The show is hosted and co-created by Alex Boylan, a winner of The Amazing Race on CBS and a producer of TV and web shows. UC Davis has the distinction of being the first California university to be featured in this series, which so far has spotlighted about two dozen universities from coast to coast including Arizona State University and Florida Tech.

Our episode of The College Tour is a fun and compelling way of showing what makes UC Davis — and the town of Davis — shine in the world of higher education. Recruitment tools also don’t get much better than this, especially with a potential reach of 268 million households.

It’s good to see UC Davis not being so camera shy. We have so much to be proud of, from our critical research, to our dynamic and diverse community and our student success stories.

Viewers meet students like twin sisters Vanessa and Victoria Liera, who are studying engineering and working hard to support fellow students of color and women. You’ll be moved by the story of Karina Talamantes, a UC Davis alum who was raised in a family of immigrant farm workers and now serves as president of the Sacramento County Board of Education.

Viewers also see up close why Davis is California’s ultimate college town. There are bustling scenes of downtown from the Farmers Market to the edge of G Street, where restaurants and bike traffic are both plentiful. Mahiri Moore Jr., a second-year student, raves about Davis’ small-town charm and the ease of getting around, while also reminding viewers that it’s a quick trip to the San Francisco Bay Area and Lake Tahoe for even more fun.

Those who’ve seen this episode have given an overwhelming thumbs-up. At preview watch parties that we hosted on Sept. 26, we reminded people of what makes our university and our town so unique.

Amy Gutierrez — better known for her work covering San Francisco Giants games as “Amy G” and a UC Davis alumna — emceed the preview event alongside Boylan at UC Davis Health Stadium. The UC Davis Marching Band was there, as were students, the cheer team, campus leadership and Gunrock, of course.

That same day we also hosted watch parties at the Regan Hall dorm for students and at Sudwerk Brewery for UC Davis alumni.

Since those preview parties, some of the featured students have turned into campus celebrities. That’s certainly the case for the Liera sisters, who were also featured in September on my UC Davis web show, Face to Face With Chancellor May.

If you can’t wait until Nov. 8 to see The College Tour, there are still ways to get an early peek. The episode is already up on Roku streaming TV and can also be viewed online now at thecollegetour.com and YouTube as well. No matter how you watch, all of this is an authentic look at the town and university we’re fortunate to call home. We hope to inspire more prospective students to join our community, while reminding the rest of us about the values we celebrate.

CHANCELL-ING: A Tenacious Start to 2022