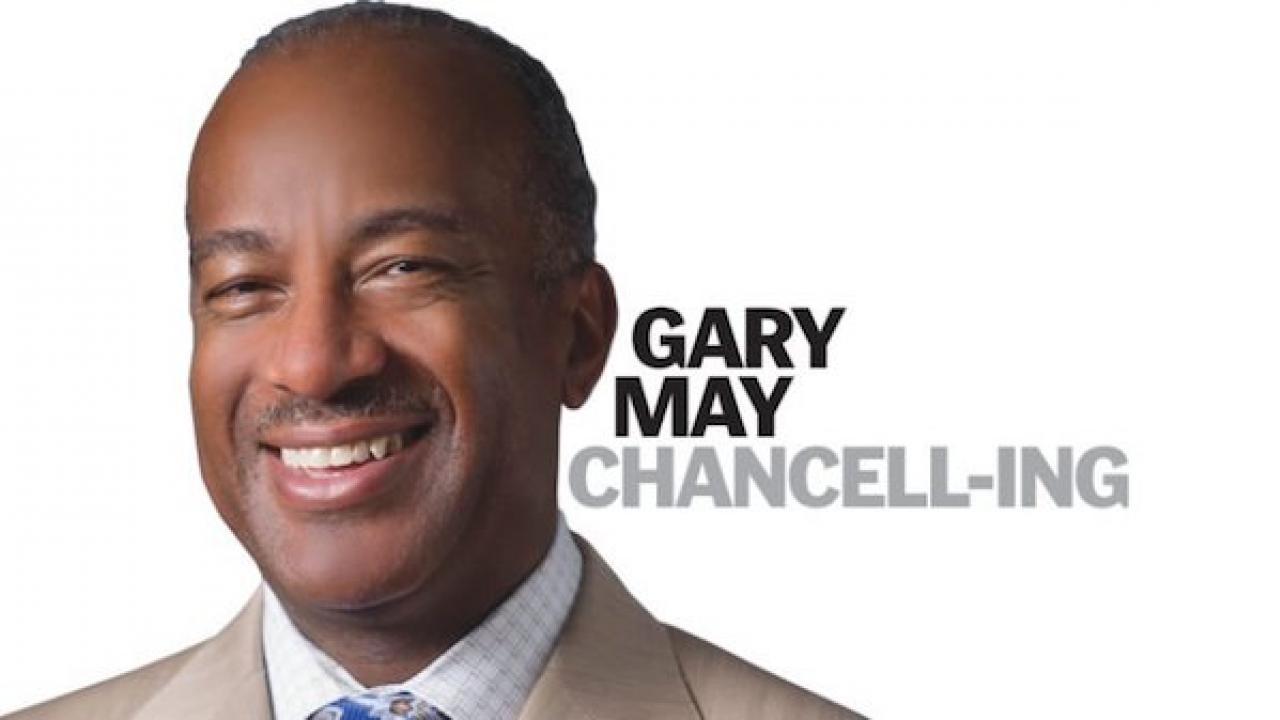 This was a moment I’d been craving since my earliest days of digging around in comic shops.

The house lights went down at the Regal Cinemas in downtown Davis, and there he was, the “Black Panther” fighting oppression and battling villains on the big screen. I’d been a fan of this Marvel superhero since the late 1960s. He debuted in “Fantastic Four” #52 in 1966.  I have many Black Panther comic books in my growing collection, which numbers more than 13,000. A Panther-come-lately fan I am not.

My special guests truly made this a movie night to remember. They were all UC Davis students — five members of the chancellor’s Undergraduate Advisory Board who are my eyes and ears on campus.

Since I arrived at UC Davis last summer, I had envisioned a “chancellor’s movie night” as a fun social outing with students. I would treat everyone to tickets and perhaps snacks. The only caveat would be that I would choose the movie.

“Black Panther” was a complete win-win. I got to combine my love of engaging with students while watching one of my favorite superheroes come to life.

I give Black Panther an enthusiastic two-claws up. The Panther himself is more than just an action hero. He’s a crusader for social justice, which speaks to my values as an academic leader who has fought for greater diversity in higher education and industry. The film also touches on the themes of colonialism and racism that have people talking across the country.

Most of my student guests were already waiting in the massive line along F Street when I arrived at the theater on opening weekend. I could sense they were feeling a little shy when I joined them. Back in my undergraduate days at Georgia Tech, I couldn’t have imagined going to the movies with the university president.

We found an icebreaker topic as our group inched its way toward the theater.  They told me about the “Black Panther” soundtrack and its great Kendrick Lamar songs. I love music, so this topic got us fairly chatty while we waited for the previews to start.

Our seats certainly weren’t the greatest.  We ended up in the first few rows, craning our necks upwards.

But, it just felt good to treat them. After all, they’ve helped generate discussion on undergraduate’s concerns around campus.  Recently, I established three task forces of students, faculty and staff to address student concerns over the limited supply of affordable housing, the adequacy of our student mental health services and the plight of some financially strapped students going hungry.

I know I’ll be relying on my student advisers a lot more as UC Davis moves forward on these issues. Like the best of superheroes, they are working hard to do good in this world, especially in our student community.

So on movie night, we came together for a much needed break from studies and work. As the ending credits rolled I asked, “Who wants ice cream?”

I treated them to ice cream sandwiches across the street at Cream. I took this opportunity to tell them more about myself and my family, especially my daughters Simone and Jordan, and, of course, my comics collection.

We also talked a bit about the future, including the upcoming commencements in the spring. For some in this group, their final months in Davis are winding down. But, no matter where they land after graduation, whether it’s the workforce or graduate school, I know they’re ready to take on the world.

They are empowered to be agents of their own success, their career and their destiny, and to do some good in the world—just like superheroes!