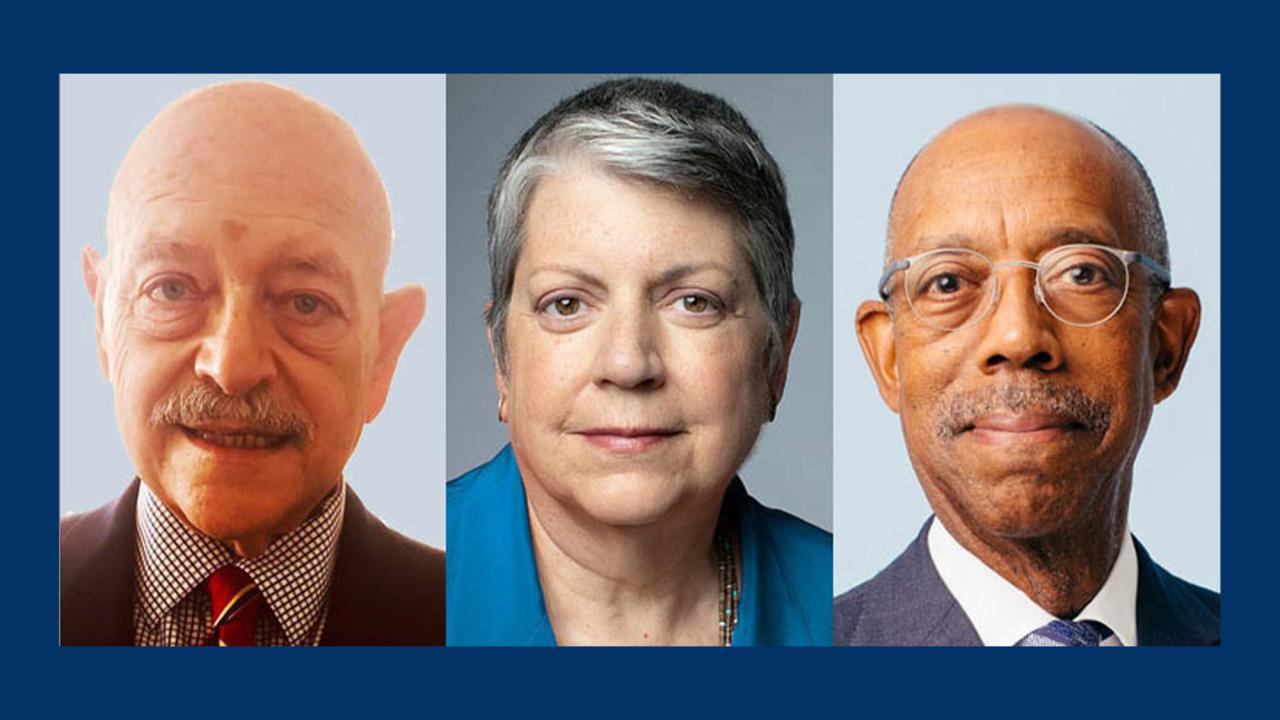 The program included a conversation and question-and-answer session. Conversation topics include past, current and future initiatives focused on student access and affordability; how COVID-19 will change higher education over the long term; facilitating discussions and exchange of ideas on challenging topics while also ensuring that students feel welcomed and supported; and perspectives on the value of a college degree, particularly in this era of remote learning.

Drake took up the UC presidency in August 2020 after having served for six years as the president of Ohio State University and nine years before that as the chancellor of UC Irvine. An ophthalmologist, he spent more than two decades on the faculty of the UCSF School of Medicine and served as UC’s vice president for health affairs from 2000 to 2005.

Napolitano came to UC after serving as the secretary of the U.S. Department of Homeland Security from 2009 to 2013, under President Barack Obama. During her time as secretary, she spearheaded the Deferred Action for Childhood Arrivals, or DACA, initiative, creating hope and relief for thousands of undocumented young people across the nation.

A renowned authority on constitutional law, freedom of expression and education law, Yudof is a professor of law emeritus at UC Berkeley.