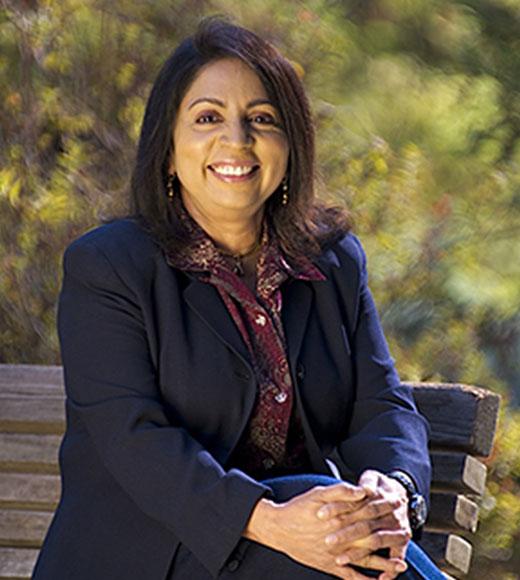 Ms. Viji Murali joined the University of California, Davis in August 2014 as Chief Information Officer and Vice Provost of Information and Educational Technology.

Ms. Murali has primary responsibilities for research, academic, and administrative computing. She oversees the Information and Educational Technology (IET) organization and leads the development of a coordinated IT technology strategy across the university, including the Davis and Sacramento (Health System) campuses. She is a member of the UC Davis Health System IT Oversight Committee and as a member of the University of California IT Leadership Council, she works in partnership with the system-wide leadership to articulate goals and seek opportunities to address common IT challenges.

With nearly three decades of experience in the field of information technology, Ms. Murali has led major initiatives in research, high-performance, instructional, administrative efficiency, and enterprise computing, as well as telecommunications. From 2007 to 2014, she was Vice President for Information Services and CIO at Washington State University where she was responsible for academic and administrative computing, convergent technologies (telecommunications, wired and wireless networks, VoIP, video), distance learning technologies and strategic planning and policy development for the IT enterprise.

Previously, Ms. Murali served as the Vice President for Information Technology and CIO at Western Michigan University (WMU) for eight years. During her tenure at WMU major initiatives were launched for faculty such as the Laptop initiative, Teaching with Technology grants, Internet2 grants, and wireless enhancement projects.

She is active in a number of local and national organizations and has presented at many conferences as a keynote speaker and participated as a panelist. She was profiled in 2003 for her leadership in both the CIO and CXO magazines. In October 2005, she was given the "visionary award" for Excellence in Technology by the Governor of Michigan. In 2009, Computer World named her one of the Premiere 100 IT Leaders. Most recently, Ms. Murali was selected as one of several Women of Power in Technology, by Northwest Asian Weekly. She served on the board of the Idaho Regional Optical Network (IRON) and Pacific Northwest Gigapop (PNWGP).

Ms. Murali holds a bachelor’s degree in biology and chemistry, a master’s in organic chemistry, four years of graduate Research experience in Organic Chemistry all from India and a M.S. in Computer Science from the University of Arizona, Tucson.