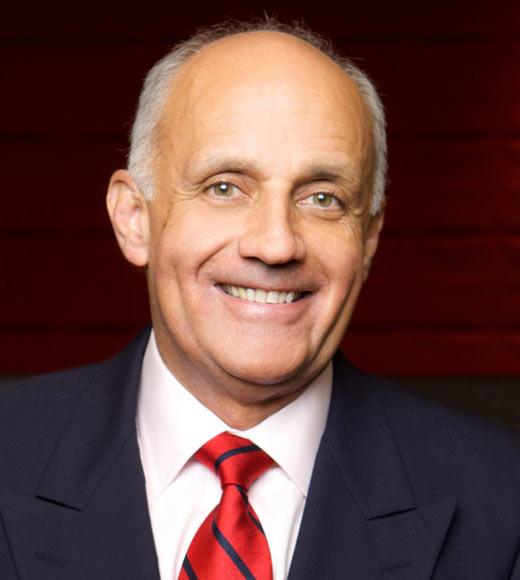 Born to a poor immigrant family in New York City, Richard Carmona experienced homelessness, hunger and health disparities during his youth. The experiences greatly sensitized him to the relationships among culture, health, education and economic status and ultimately shaped his future.

After dropping out of high school, Dr. Carmona enlisted in the U.S. Army in 1967 where he received a GED. By the time he left active duty, he was a Special Forces, combat-decorated Vietnam veteran. He then pursued a college degree and entered medical school at the University of California, San Francisco where he won the prestigious Gold Cane award as the top graduate.

Dr. Carmona became a surgeon with a sub-specialty in trauma, burns and critical care and was recruited to Tucson to establish the first trauma system in southern Arizona which he did successfully. Later, while working full time as a hospital and health system CEO, he earned a master’s degree in public health policy and administration at the University of Arizona.

Dr. Carmona has also served for over 28 years with the Pima County Sheriff’s Department in Tucson, including as deputy sheriff, detective, SWAT team leader and department surgeon. He is one of the most highly decorated police officers in Arizona, and his numerous awards include the National Top Cop Award, the National SWAT Officer of the Year and the National Tactical EMS Award. Dr. Carmona is a nationally recognized SWAT expert and has published extensively on SWAT training and tactics, forensics and tactical emergency medical support. Dr. Carmona has also served as a medical director of police and fire departments and is a fully qualified peace officer with expertise in special operations and emergency preparedness, including weapons of mass destruction.In 2002 Dr. Carmona was nominated by the president and unanimously confirmed by the United States Senate to become the 17th Surgeon General of the United States. After completing his statutory four-year term as Surgeon General in 2006, Dr. Carmona joined Tucson-based Canyon Ranch as vice chairman. He is president of the non-profit Canyon Ranch Institute, Distinguished Professor at the University of Arizona and Distinguished Professor at The Ohio State University. He also serves on several corporate boards and works with private equity and venture capital firms to identify emerging science and technology to translate to market for economic and public benefit.