Nesting in Davis with new friends and ‘Lady Bird’ 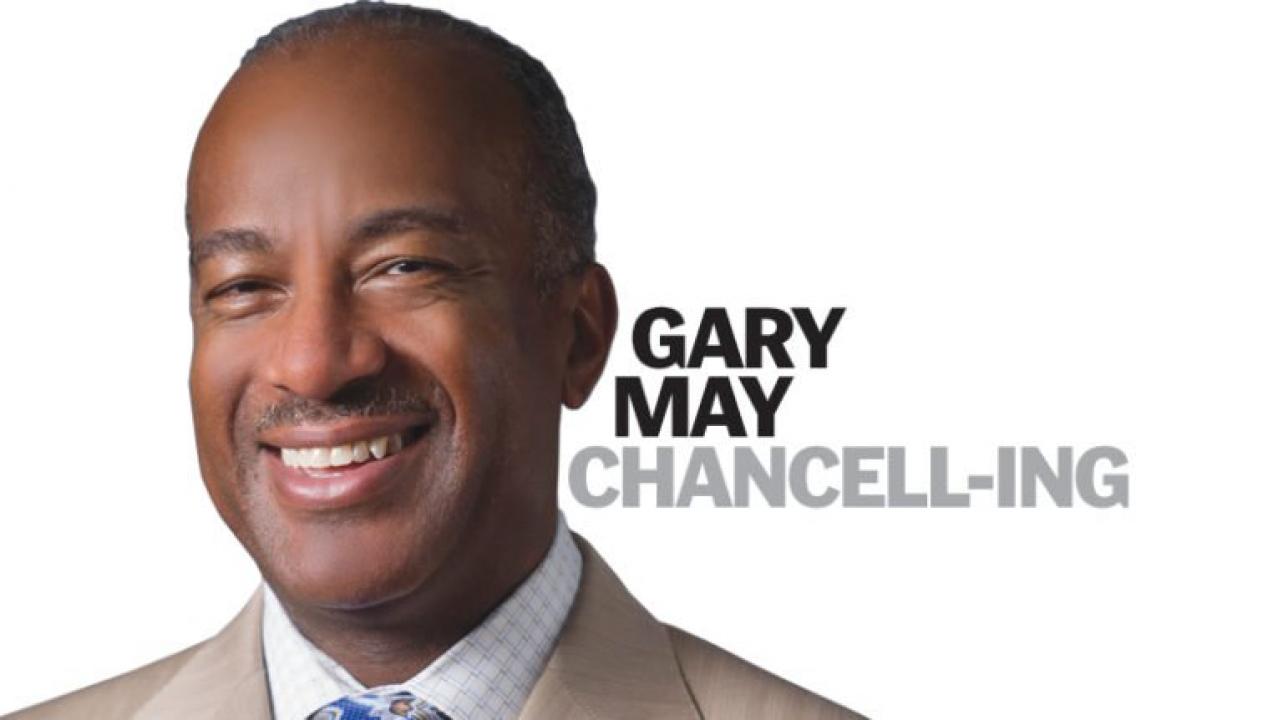 As a collector of superhero action comics, it was only fitting that I created an action verb to describe my new job as UC Davis chancellor. I call it “chancell-ing.”

Since Aug. 1, my days have been packed with meet-and-greets, public speaking engagements, media interviews and lots of thrills, from the courtside seats at the Aggie basketball games to center stage in the Mondavi Center’s grand Jackson Hall, where I was inaugurated as the university’s seventh chancellor.

Actually, all of 2017 was a blur of activity: bidding farewell to my longtime colleagues and friends at Georgia Tech, packing up our Atlanta family home and making the 2,400-mile move to Davis.

I got a breather, though, in late December. Much of the campus population was home for the holidays. Downtown Davis seemed practically deserted, a perfect place to decompress with my wife, LeShelle. We slouched in our comfy seats at the Varsity Theatre with a bucket of buttery popcorn.

Now, I’m more of a “Star Wars: The Last Jedi” kind of guy when it comes to current movies. We opted instead for the acclaimed coming-of-age film “Lady Bird.” It doesn’t feature any superpowers or require 3D glasses, but that’s OK. I walked away feeling lucky to be living in this region, notwithstanding the movie’s poke at UC Davis.

For those who haven’t seen it — spoiler alert — “Lady Bird” herself drops a review of UC Davis in a scene where she and her mom are arguing over college choices. She shoves furniture and yells, “I’m not going to a *&#%!@! university that’s famous for its *&#%!@! agricultural school!”

That line got a lot of laughs from the Varsity crowd, including chuckles from LeShelle and me. People might be tempted toward home school defensiveness, but as I said on Facebook about a football movie featuring my alma mater, “If Georgia Tech could survive ‘Rudy’ (who was definitely offsides), UC Davis will survive ‘Lady Bird.’ ”

Without sounding too much like a local yokel, yes, we are a top 10 public university, with a broader range of disciplines than any other UC campus. Plenty of students are scrambling to come here. In fact, UC Davis attracted a record 95,207 applicants to study as freshman or transfer students in fall 2018. That was an increase of 7,550 applicants over the previous fall.

Every day it becomes clearer to me of why so many people want to be in Davis.

I enjoyed living in Atlanta for 20 years during my career at Georgia Tech, though I sure don’t miss having to drive everywhere. We’re reminded of that every time LeShelle and I head downtown or catch a performance at the Mondavi. We can walk just about anywhere from the chancellor’s residence. We can enjoy arts and music from around the world without spending half of our lives in traffic gridlock or searching for a parking space.

We love the local Thai restaurants. Being surrounded by so much great wine country is a nice perk, too. We really love our College Park neighborhood, with all of its Tudor and Colonial architecture. It’s much like East Sacramento’s “Fab 40s” neighborhood featured as the main setting in “Lady Bird.”

I understand Lady Bird’s angst. Many young people want to escape their hometown and seek adventure in a land far away — or at least a day’s drive away from their parents.

In a sense, our situation is the opposite of Lady Bird’s. LeShelle and I weren’t itching to leave Atlanta, where we enjoyed many close friends and raised our two daughters. I was humbled that a dozen farewell parties were held in our honor, a testament to the deep roots we had established in the community.

But, now that we have settled in Davis, we have no doubts that this community was meant for us. I’m proud to lead one of the country’s great public research universities while enjoying a Northern California lifestyle that I first sampled as a UC Berkeley graduate student.

LeShelle and I have been overwhelmed by our new city’s welcoming spirit. We love the close-knit community. It’s a given that we’ll run into someone we know as we’re out on the town. I like that. Every day, we continue to build friendships and relish our new community — one where the campus water tower qualifies as a skyscraper.

I hope Lady Bird is happy after flying the coop from Sacramento. As for the Mays, we couldn’t be happier to have landed in Davis. 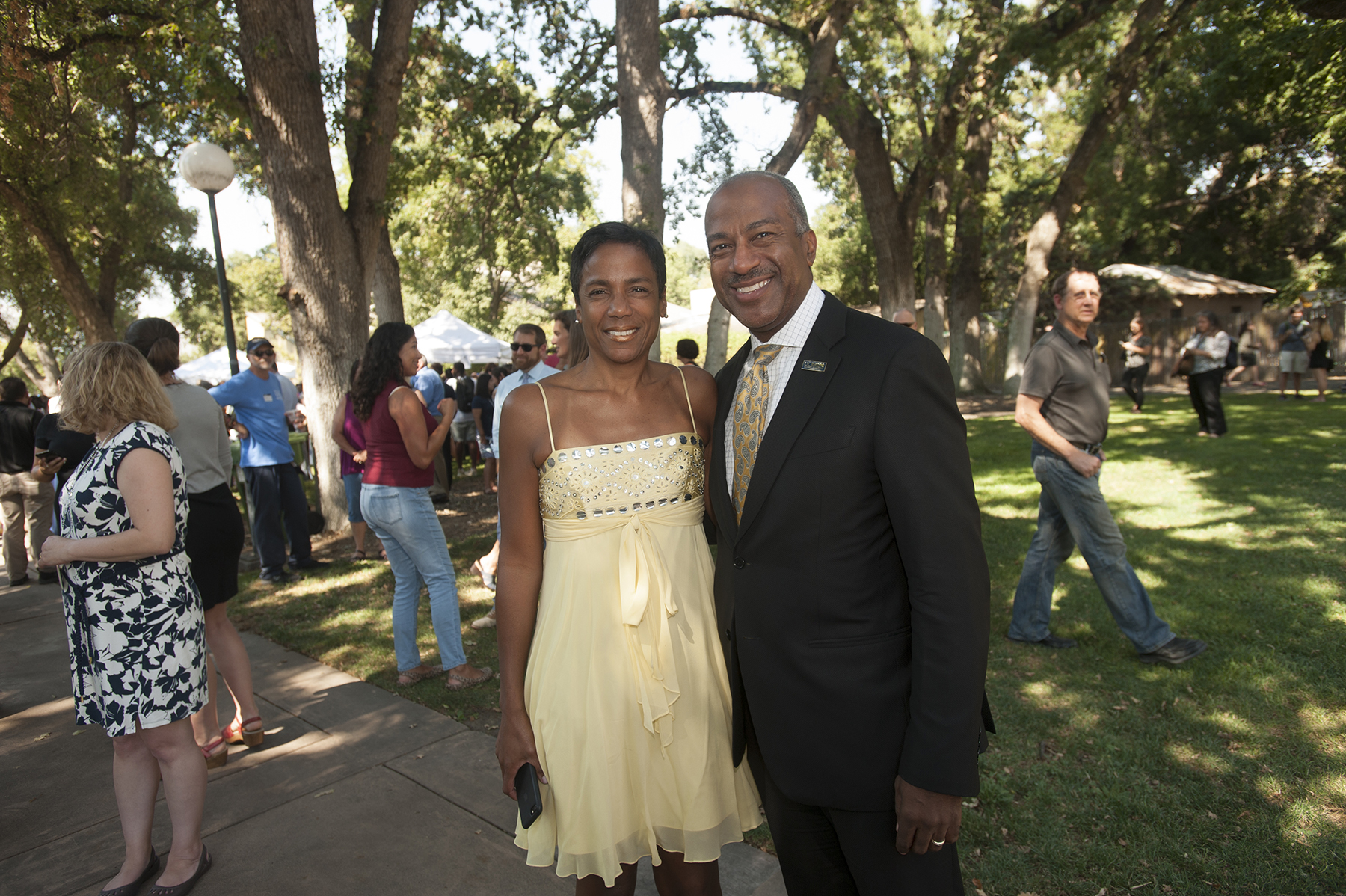 Chancell-ing: Getting Back to Business

Chancell-ing: Here's to the Graduates