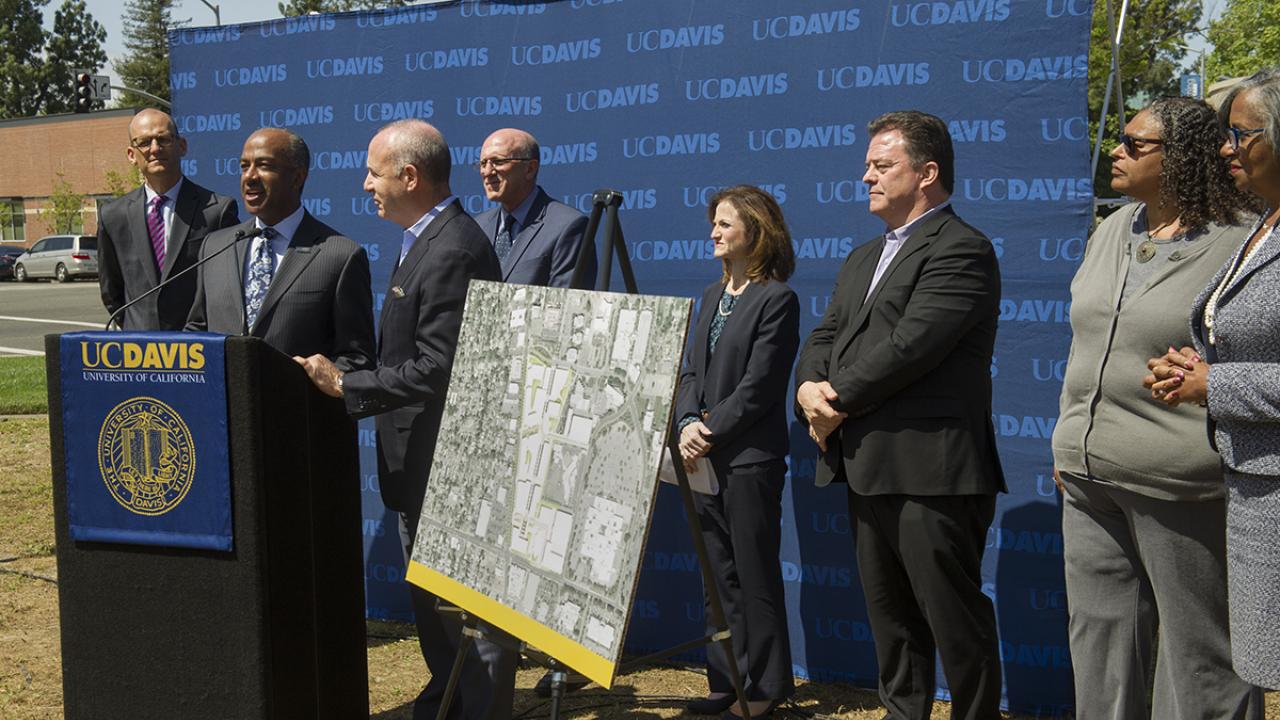 Remarks as prepared for the Aggie Square Press Conference in Oak Park, Sacramento

Thanks for joining us today and thank you to the other speakers here to represent bold thinking and collaboration.

One of our priorities at UC Davis is to enhance the university’s relationship with the city of Sacramento and the broader Sacramento region.  I announced this shortly after I became chancellor in August.

Economic development has to be part of the mission of a public university. To the extent we can show value to the surrounding community and to the state, that enhances our own ability to pursue resources and to seek other partnerships and benefits not just from the state, but from our stakeholders in general.

The public needs to see the value of its public university.  This is especially the case for Sacramento area residents.  Many are UC Davis alumni.  Many are state workers dedicated to public service.

UC Davis already has a strong presence in Sacramento.  We opened our medical school here in the 1960s, and the campus has become one of nation’s preeminent providers, educators, and innovators in health care. But UC Davis is about more than health care.  We’re a huge enterprise. In fact, we’re the most academically comprehensive campus in the entire UC system.  We have 104 undergraduate majors. We offer 96 graduate programs across four colleges and six professional schools, including the medical and nursing schools here on the Sacramento campus.

So, beyond health care, I see many other mutually beneficial possibilities to explore with Sacramento.  And Mayor Darrell Steinberg sees it the same way. 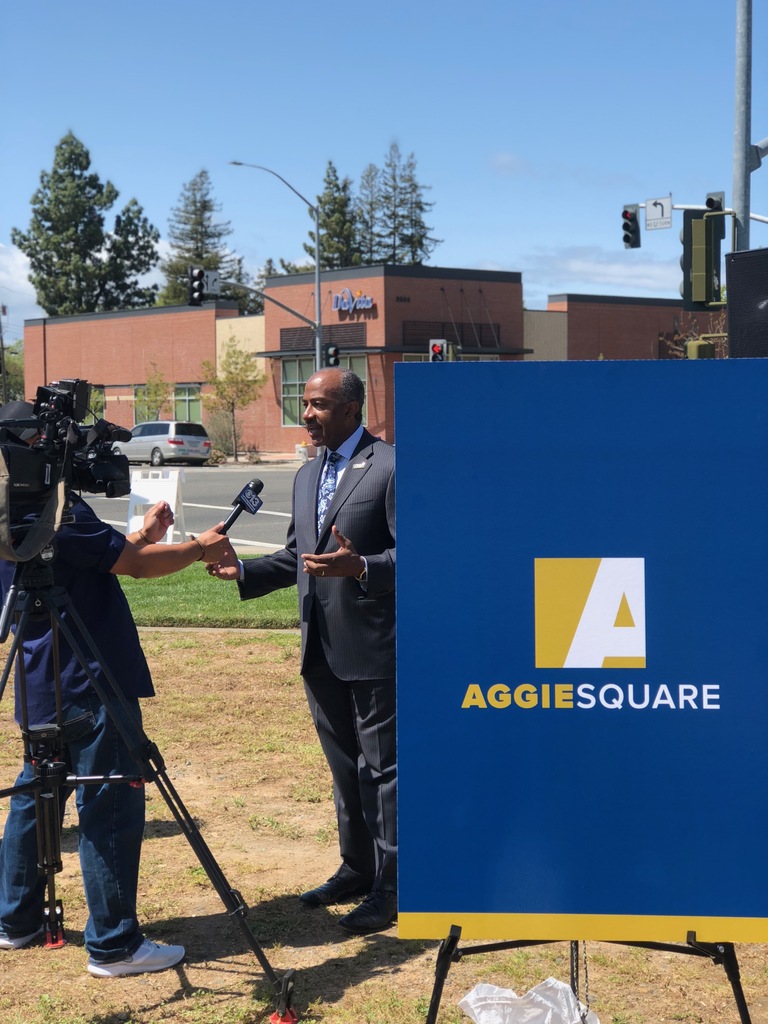 A few months ago, Mayor Steinberg and I appointed a joint working group to identify ways we can leverage the talents, technology, and innovations of UC Davis to the economic benefit of Sacramento and surrounding communities. I’m happy to report today that plans are moving forward to create a hub of innovation and community-building in Sacramento, to both advance our academic and research missions and bolster the economic vitality of the Sacramento area.  We’re calling this initiative "Aggie Square.”

Based on the working group’s findings, the mayor and I determined that the main goals of the project would be best met by establishing the first phase of Aggie Square right here on the UC Davis Health campus in Oak Park.  I’ve had conversations with Senator Pan and Assembly member McCarty, and I’m pleased with their enthusiastic support. They share the vision for the opportunities Aggie Square will bring to the community and the region.

While Congresswoman Doris Matsui couldn’t join us here today, I want to acknowledge her support.  She has been a remarkable friend to UC Davis and she, too, shares this vision.

Aggie Square will be an extension of the UC Davis campus––one that links our research, faculty, and students with local businesses. But Aggie Square will also be an extension of the Oak Park community. It will be a genuine live/learn/work/play urban ecosystem––a center that includes housing and retail space as well.  We also want to have some fun at Aggie Square. We envision a destination that offers venues for music, art, and food.

Oak Park is a community on the rise, and UC Davis wants to be a stronger partner in its renaissance.

This Aggie Square concept is modeled after Technology Square in Atlanta, which I had a hand in developing at Georgia Tech, where I was dean of engineering. We were successful in transforming a once neglected section of urban Atlanta into a thriving innovation ecosystem that bridges the university with the city and business community. I’m confident that we can do something similar with Aggie Square.

UC Davis is second only to the state of California as the largest employer in the seven-county Sacramento region.  Our economic impact in the region equates to more than 65,000 jobs and nearly $7 billion in economic output annually. UC Davis sees Aggie Square as a tremendous opportunity to leverage our strengths in fields of clean transportation, clean energy, public policy, the arts, and agricultural and food technologies. Our strengths in the life sciences and biomedical fields already attract private partners.  We have several companies leasing lab and office space here on our health campus.

Aggie Square also will give our students easier access to companies for internships and employment—and make it easier for companies to collaborate on research with our faculty, graduate students and each other. This hub would also open up more learning and job opportunities for our undergraduates.  They could even live in Sacramento and commute to Davis.  Our working group identified the benefits of having regularly running zero-emission shuttles between the two campuses.

We look forward to working side-by-side with community leaders and a range of public and private partners in the region to bring a new wave of economic development and new jobs and housing to Sacramento. As we move forward, I’d like to ask others to join us in making this vision a reality for both our community and our state.

We want to build lasting partnerships with Oak Park.  And we want to create synergy between our university, the state, and the city of Sacramento.